Fowler says repairs to Golconda Marina to start soon, but boat owners will have access 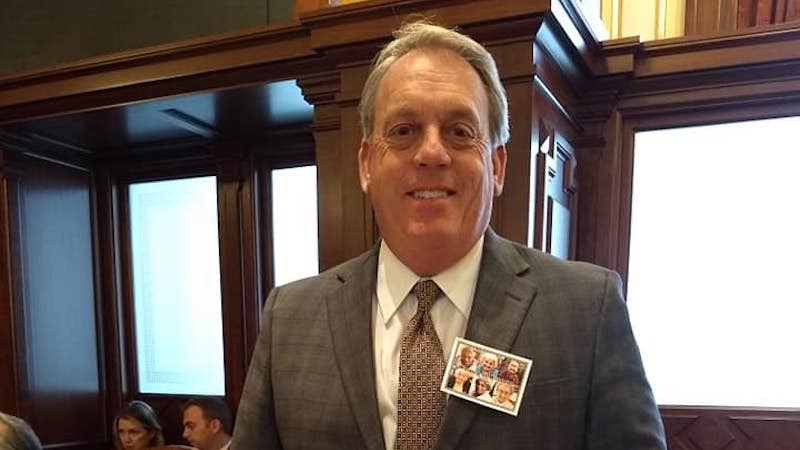 State Sen. Dale Fowler, (R-Harrisburg) said last week repairs to the docks at Golconda Marina will begin soon and repairs will occur in phases so boat owners will still have access to the marina.

The Ohio River flooding this year caused extensive damage to the Golconda Marina docks, and out of concern for public safety, the docks were closed.

The Golconda Marina,  located on the Ohio River’s Smithland Pool, has been dubbed as the  “Oasis on The Ohio,” according to RoadTrippers.  The marina's location makes it a good starting point for boaters to travel to Evansville, Indiana, Cincinnati, Ohio, and  Pittsburgh, Pennsylvania. Boat owners who travel downstream have access to Lake Barkley, Kentucky,  the Mississippi River and Mobile, Alabama. Creeks that fishermen can access from the marina include the Lusk, Grand Pierre, Bay, Dog, Bayou, Givens, and Barren Creeks.

Fowler said as repairs are made to the numerous docks there will be a phased reopening.

"It is my understanding that the Marina will be reopening in phases so that boat owners will have access to their boats," Fowler said in a statement. "While the flooding damage was unexpected and a setback for the Marina, I'm encouraged to see swift repairs beings made to the property. Work and maintenance to our state parks and facilities are truly an investment in the future of Southern Illinois, attracting visitors and boosting tourism."

Fowler in his position as a state lawmaker continues to garner high scores with his constituents.

He was the only one of the nine state senators in Illinois with a 90% or higher voting record on the 2019 Legislative Scorecard, which is released by the Technology and Manufacturing Association. Fowler's rating was based on his support of bills introduced in the state that were important to manufacturers.

Fowler indicated his support of the manufacturing sector is due to its important role in economic development and employing residents.

"Given the role manufacturing plays in employment and economic development, I believe my responsibility is to be a vocal advocate for the manufacturing industry," Fowler said.  "Illinois manufacturers have faced serious challenges over the years, and I firmly lawmakers should be doing more to help our state's job creators."

The Technology and Manufacturing Association study showed only 27% of Illinois Senate members scored 70 or more on bills that were vital to state manufacturing companies. The association also showed members of the state Senate voted against the manufacturing sector nearly twice as often as they voted in support of it.

Want to get notified whenever we write about Illinois State Senator Dale Fowler ?

Sign-up Next time we write about Illinois State Senator Dale Fowler, we'll email you a link to the story. You may edit your settings or unsubscribe at any time.