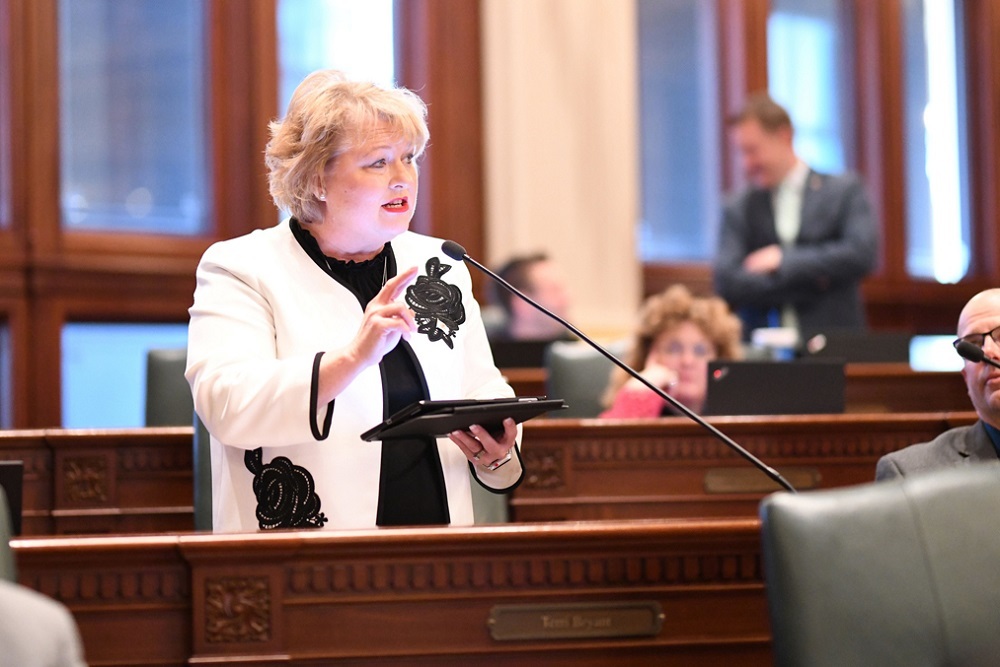 Rep. Terri Bryant's (R-Murphysboro) “Seizure Smart School Act,” introduced last spring and dedicated to protecting all students with epilepsy while in their classes, was recently signed into law.

The act, properly known as House Bill 1475, requires a child with epilepsy’s parents or legal guardians and the school they attend to develop a “seizure action plan” in the chance a child were to have an epileptic seizure while at school.

This bill hit a personal note for Bryant, whose husband Rick has suffered from a seizure disorder since the age of 12.

“I was honored to be asked to carry this bill,” Bryant said in a Facebook post on her official page.

Illinois House of Representatives passed The Seizure Smart School Act with a 112-0 vote on April 10, before Senate approved 57-0 on May 16 and Gov. J.B. Pritzker officially signing the bill into law on July 12.

Want to get notified whenever we write about Illinois Representative Terri Bryant (R-115th) ?

Sign-up Next time we write about Illinois Representative Terri Bryant (R-115th), we'll email you a link to the story. You may edit your settings or unsubscribe at any time.